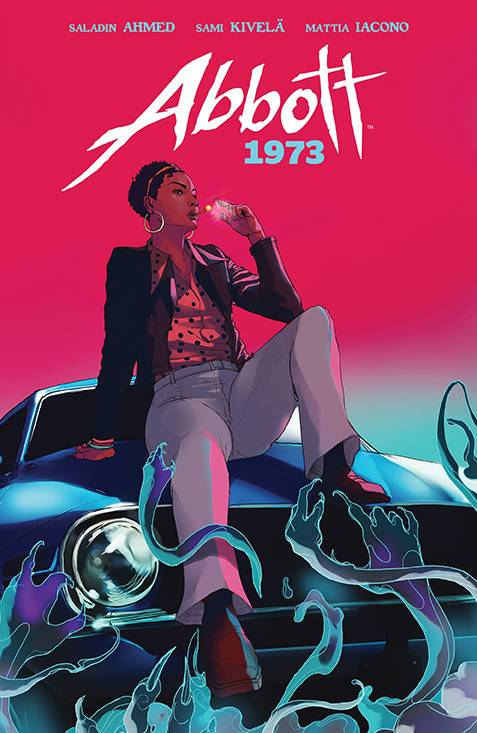 Elena Abbott is a tough-as-nails reporter with growing powers, but can she save the soul of an entire city?It's 1973 and Abbott's focused on the most important election in the city's history.It will take everything she's got to find who (or what) is using dark magic to sabotage the campaign of the prospective first Black mayor of Detroit and stop them dead in their tracks.Eisner Award-winning writer Saladin Ahmed (Black Bolt, Miles Morales: Spider-Man) and acclaimed artist Sami Kivelä (Machine Gun Wizards) return to the Hugo Award-nominated world of Abbott.Collects Abbott: 1973 #1-5.