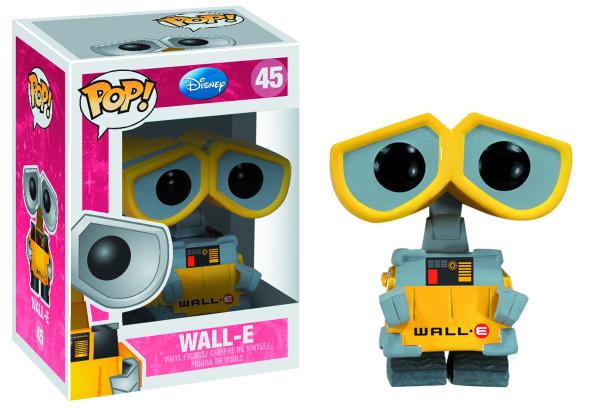 Inspired by the urban and stylized character designs of today's designer toys, Funko presents a new take on the classic characters of Disney's traditional cel animated features and Pixar's CGI animated blockbusters for their fourth series of POP! Disney Vinyl Figures! These 3 3/4" tall figures includes fan-favorite characters such as Sorcerer Mickey and Chernabog from Fantasia; WALL-E and EVE from WALL-E; Captain Jack Sparrow from the Pirates of the Caribbean films; The Mayor and Oogie Boogie from The Nightmare Before Christmas; Cinderella; Goofy; Grumpy; and Tigger. Because these figures will look great on your desk, no Disney fan will want to miss out on collecting them all! Window box packaging.