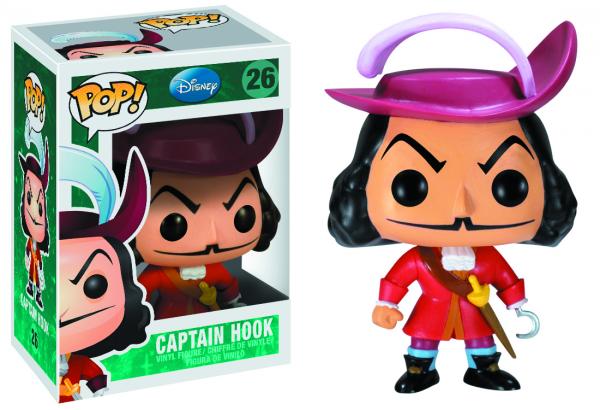 Inspired by the urban and stylized character designs of today's designer toys, Funko presents a new take on the classic characters of Disney's traditional cel animated features and Pixar's CGI animated blockbusters for their latest series of POP! Disney Vinyl Figures! These 3 3/4" tall figures includes fan-favorite characters such as Evil Emperor Zurg and the Alien from the Toy Story films, the Mad Hatter and the Cheshire Cat from Alice in Wonderland, Winnie-the-Pooh, Donald Duck, Elastigirl and Edna E. Mode from The Incredibles, Ariel and Ursula from The Little Mermaid, and Peter Pan and Captain Hook from Peter Pan. Because these figures will look great on your desk, no Disney fan will want to miss out on collecting them all! Window box packaging.