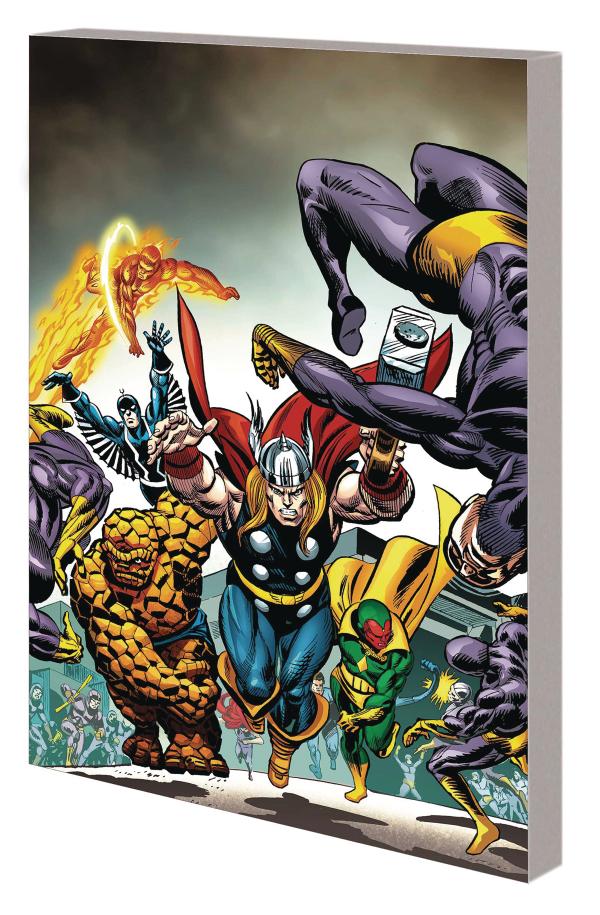 Earth's Mightiest Heroes and Marvel's First Family share some of their greatest adventures! First, it's the battle of the century: the Hulk vs. the Thing! And it'll take the combined forces of both teams to stop the destruction! Worlds collide again when Ultron-7 crashes Quicksilver and Crystal's wedding! And the Avengers and the Fantastic Four each have roles to play in cosmic encounters with Annihilus and the Skrulls! Then, on a break from the FF, Mister Fantastic and the Invisible Woman join the Avengers for the Super-Nova Saga! The New Avengers and the Fantastic Four face the Kree - but why are Hank Pym and the Mighty Avengers breaking into the Baxter Building?! Collecting FANTASTIC FOUR (1961) #25-26, #150, #255-256 and ANNUAL #19; AVENGERS (1963) #127, #233, #301-303 and ANNUAL #14; NEW AVENGERS GUEST-STARRING THE FANTASTIC FOUR; and MIGHTY AVENGERS (2007) #25-26.Rated T