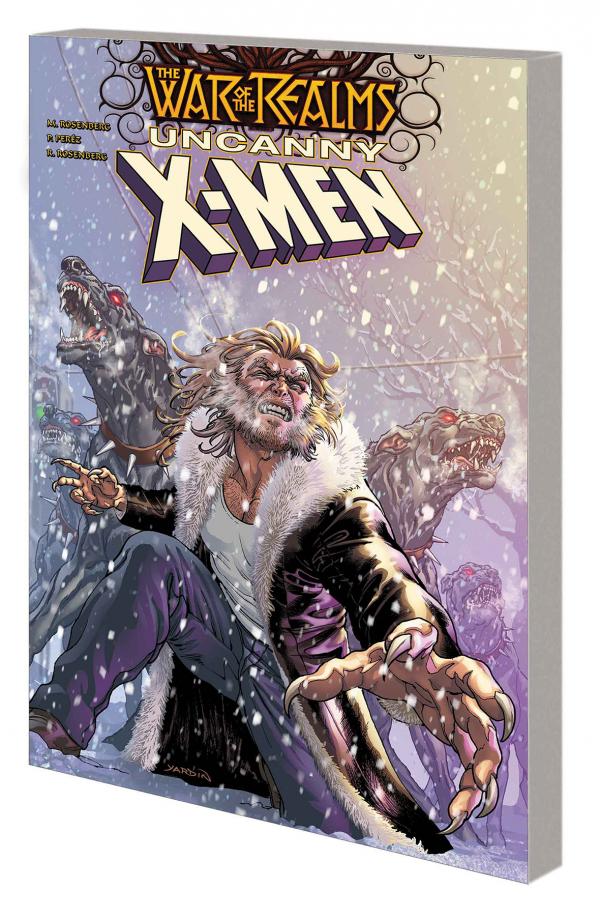 A crucial chapter in Matthew Rosenberg's UNCANNY X-MEN saga! The War of the Realms has come to Midgard - and the X-Men's doorstep! Who better to lead them into that war than their very own Valkyrie, Dani Moonstar? But Sabretooth, tired of being the X-Men's pet, is back to his bloodthirsty ways once again. Joined by Malekith's forces, he's determined to make the X-Men bleed for him! Under siege, the mutants fight to protect the last refuge of humanity in Queens! Can they hold out through the endless winter of the war? Or will Sabretooth get his bloody revenge? Plus: Doctor Strange must stand against threats too numerous to count! And Wiccan and Hulkling share an encounter with their old friend Loki! Collecting WAR OF THE REALMS: UNCANNY X-MEN #1-3 and material from WAR OF THE REALMS: WAR SCROLLS #2.Rated T+